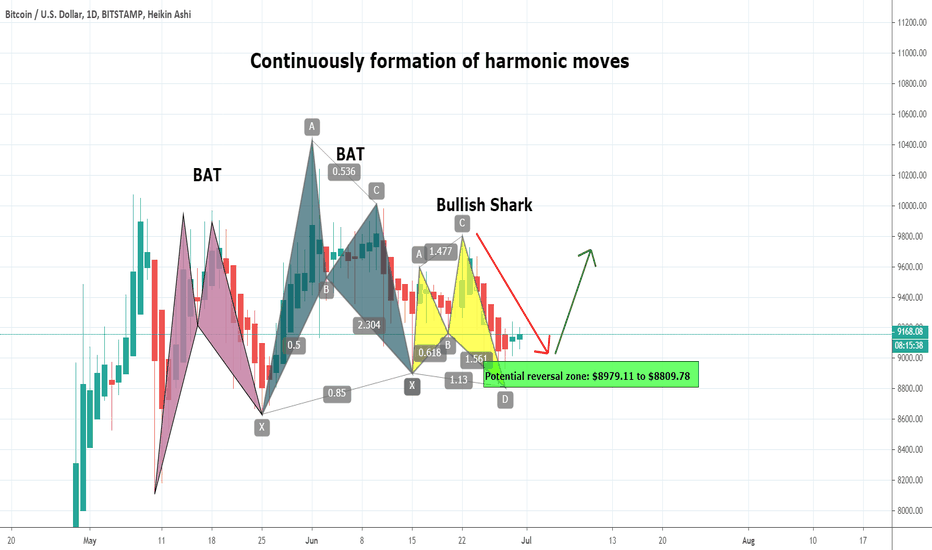 Conclusion:
Due to the support of potential reversal zone of Shark we may see a short term or midterm bullish rally like we have witenessed short term bullish rallies after the completion of previous two BAT patterns. Once the price action will again find a firm support above $9,500 then it might make another attempt to break out the $10,000 resistance level . However if the potential reversal zone will be broken down then we can expect the price action might move down to the next support at $8200.